Santa Cow is Comin’ to Town

We’ve been singing “Santa Claus is Coming to Town” and showing Kaitlin cartoon pictures of Santa so that when the time came, she wouldn’t be afraid.  Well, that didn’t quite work out this morning.  I believe we would’ve been fine but Santa tried to take over, and it was down hill from there.  She wanted nothing to do with him.

So, we went to Chickfila for breakfast and look who was there … 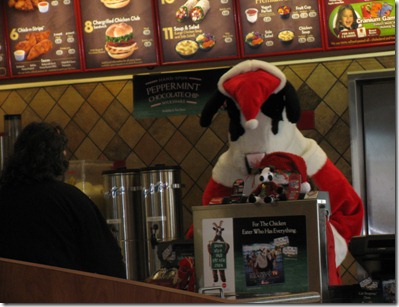 SANTA COW!!!!!!!!!!!!  Kaitlin was very, very interested.  She was so excited she could barely contain herself.  It’s like she had seen a celebrity! 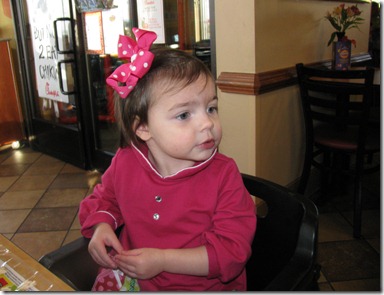 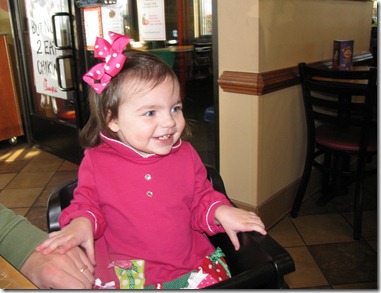 Kaitlin RAN to see Santa cow and gave him a HUGE hug! 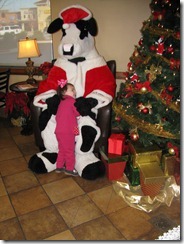 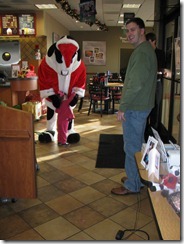 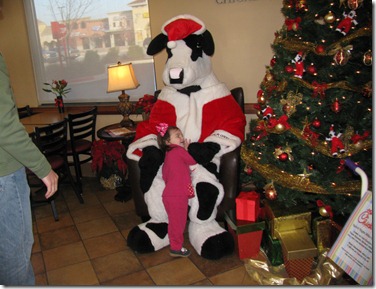 She even sat in his lap to take a picture.  Who needs Santa Claus when you have Santa Cow?!?! 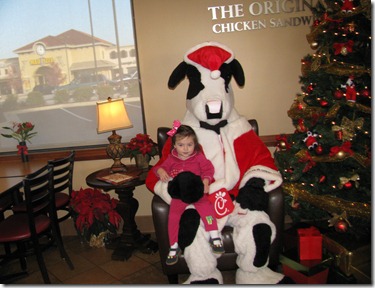