For the 2nd time in about 6 weeks, we got over 20” of snow last weekend.  We were snowed-in all weekend … for the 2nd straight weekend (8” of snow the previous Saturday).  At this point, even Kaitlin was going a little crazy! 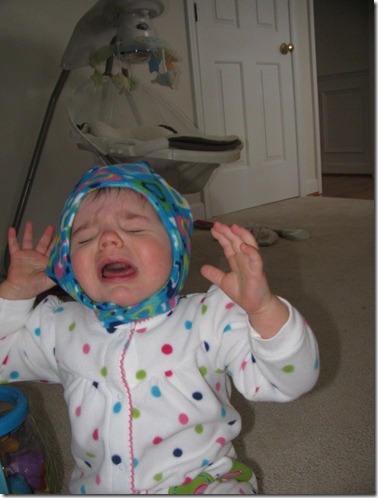 She was happy to learn though that there was a perk of it snowing … we could make SNOWCREAM!!!! 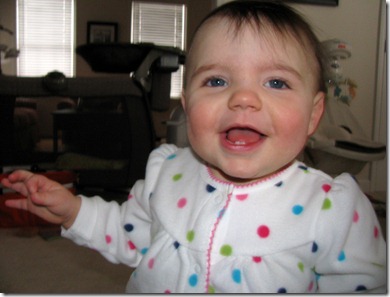 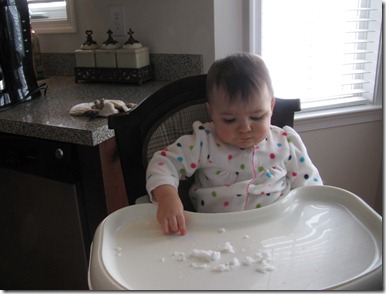 Kaitlin as very interested in the snow and decided she was rather play with it than eat it – which is a first.  As an extra added bonus, this Sunday the city of Waynesboro did such a great job plowing the roads that they nearly covered our entire mailbox … then decided to decapitate it! 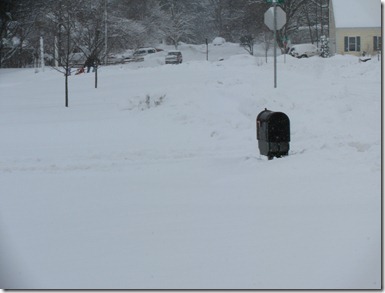 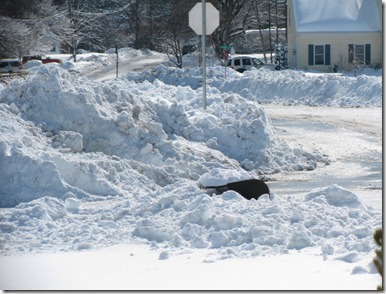 Nah, we didn’t need it anyway.  Norm the weather guy is only calling for another 6-12” on Tuesday / Wednesday this week.  Kaitlin is ready! 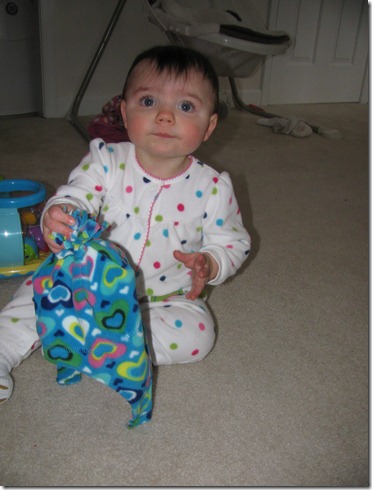