So we’ve had a bit of seating issue in our play room since day 1.  We’ve got a couch and a computer chair in there but the positioning just hasn’t been great for game days.  Gigi & G’Daddy solved that issue.  They brought Kaitlin her very own tailgating chair! 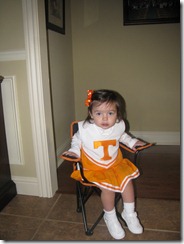 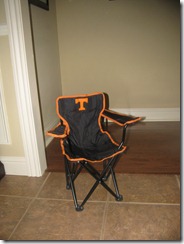 Then, to my surprise, Kory brought home a UT bean bag he randomly found at the Associate Store.  He thought he was going to be the one who used it … HA! 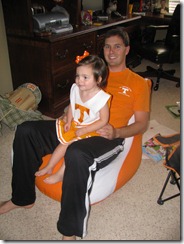 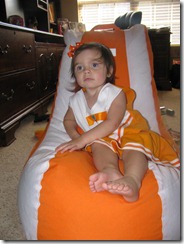 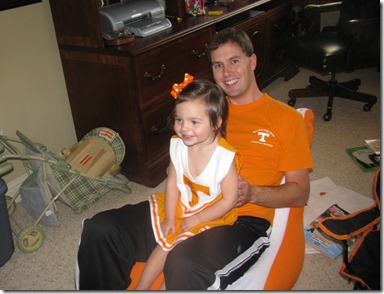 She’d sit in her tailgating chair until Kory would take a seat on the bean bag.  Then she’s promptly get up and attempt to push him off.  Kory gave up, and eventually, Kaitlin just took over. 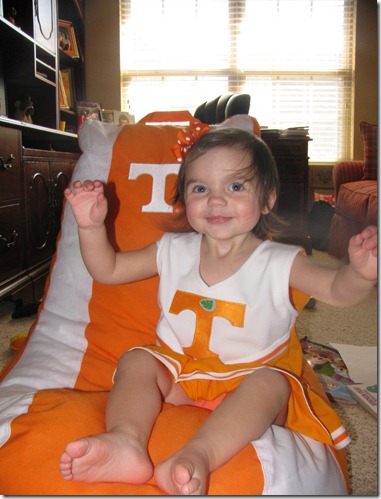 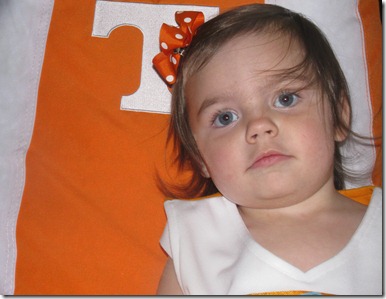 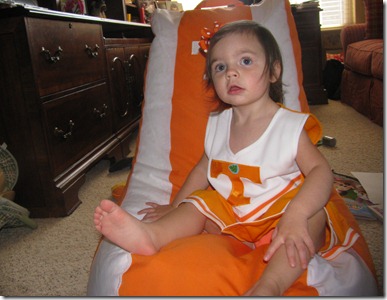 Guess we know who rules on game day at the Shinlever house!