We went to First Friday On The Square for a little Christmas fun in November. Santa Claus was there but Kaitlin was much more interested in the Chick Fila Cow!  Unfortunately, I don’t have a picture but that’s because Kaitlin wouldn't stand still long enough … she just kept following him around downtown.

I was amazed when we arrived and just how many people were there.  Every vendor had a booth with giveaways and all the hottest toys out for the kids to play.  The Lego booth was particularly impressive … 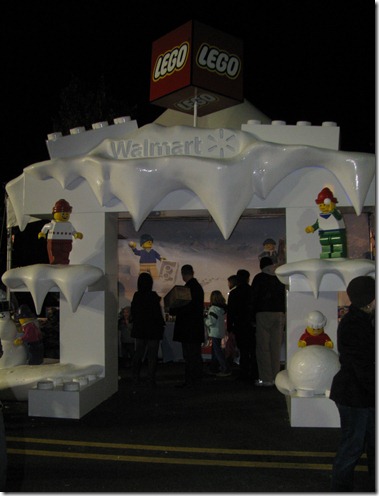 Kaitlin’s favorite booth had to be Mattel.  Among other toys, BARBIE WAS THERE TO SIGN AUTOGRAPHS!!!  AAAAAHHHHH!!! 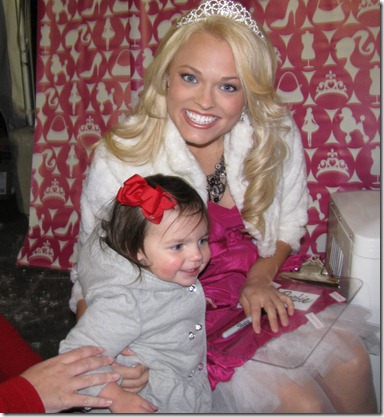 Kaitlin was so excited to see her.  She patted her leg and Barbie was the only person Kaitlin waved and said “bye bye” to all night!  She was also excited at the Little Tikes booth where she got to play with a couple Cozy Coupes (I heard this was Kory’s favorite toy when he was this age!) 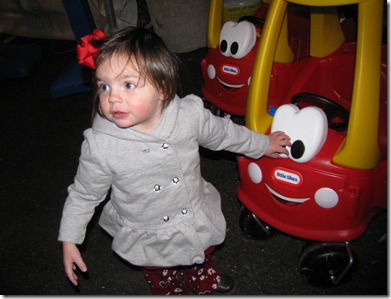