We had a very relaxing weekend ringing in 2012! Kory had a 3 day weekend so we worked on some projects and had some time recovering from the busy week of Christmas! We had a very quiet New Year’s Eve consisting of dessert fondue after Kaitlin want to bed and then watched the terrible shows on TV until the ball dropped! We had no idea who 90 % of the “stars” were and if we did know them we were less than interested in watching them! Next year we need to rent a movie!!

We went to church on New Year’s Day! It was a wonderful way to start 2012! 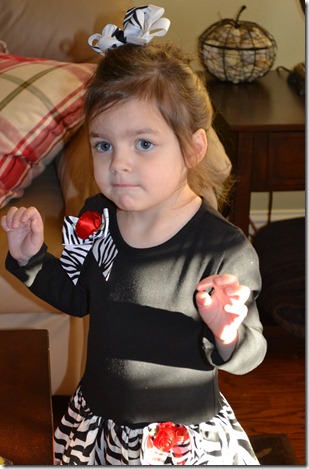 Kaitlin and her dog “Cookie” He is the best pet ever! 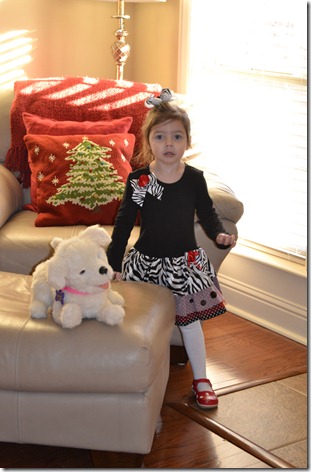 Kory and Kaitlin before church 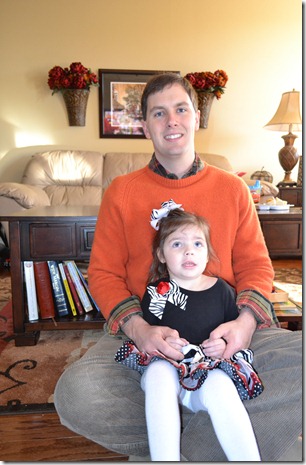 This was the end of the weekend! Kaitlin watching Elmo on her “Elmo Pad” while we watched football! It was a very simple weekend but it was fun to be together with our little family! 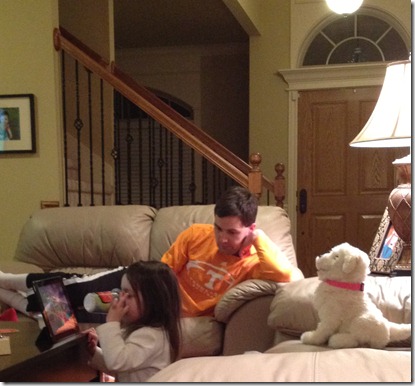