For the 2nd year in a row, Kory and I have been able to travel to the Vols bowl game. My parents kept Kaitlin, and we headed off to Nashville. We got to Nashville and took the shuttle downtown to meet up with our group. We got a table at Jimmy Buffett’s new restaurant on Broadway and had my favorite nachos and burger. It was warm in the restaurant and it was a nice few warm hours. Then we walked around Downtown Nashville , stopped in the Cadillac Ranch for some amazing live bluegrass. 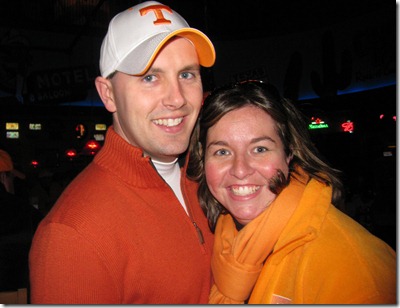 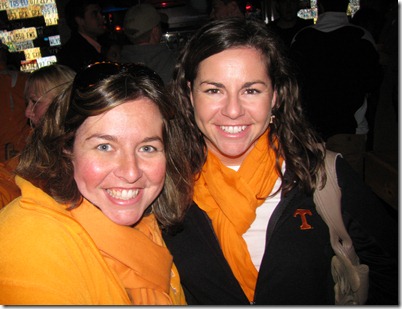 There were so many Tennessee fans in Nashville which made it as much fun as a home game. We walked to the stadium and had AWESOME seats! (Thanks Will) 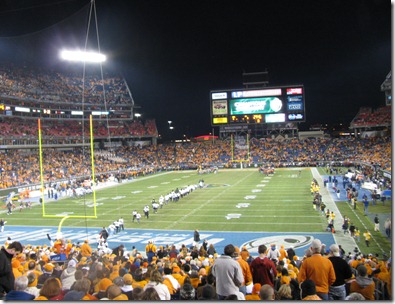 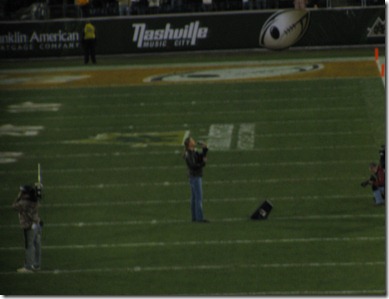 Obviously, these pictures are BEFORE the game!! I love going to games with Rachel and this was our 1st of the season! 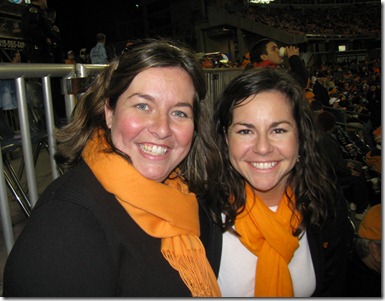 We may be banned from TN bowl games after this loss! I am 0-4 at bowl games and Kory is 1-5. I love bowl games but it would be a lot more fun to actually win one … 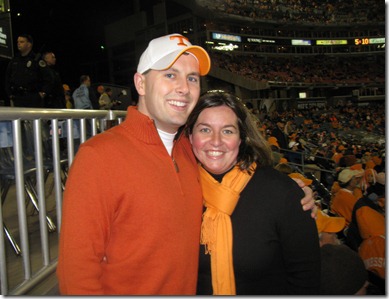 Will, Webb, and Kory- these boys have been friends forever and are so fun to be at games with! 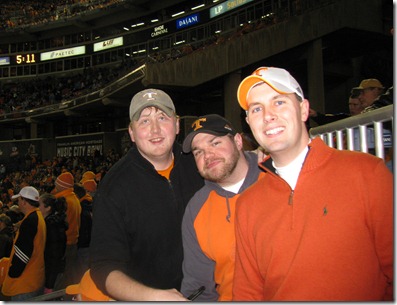 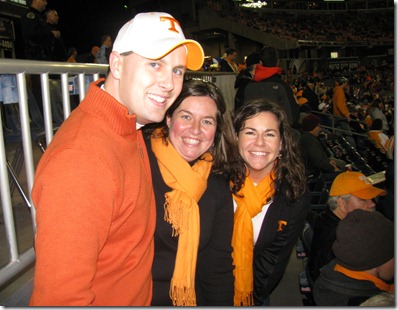 Getting colder and adding more clothes!! 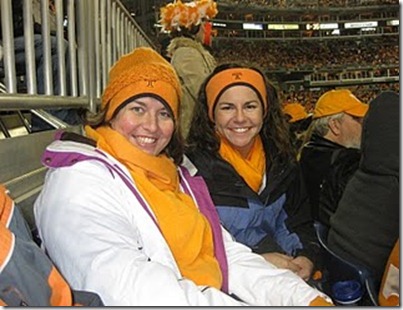 The Nashville night got a lot colder as the game DRUG on, and but it was not as cold as we were anticipating. The game was FOREVER long and ended with Tennessee WINNING (bitter maybe?) and then losing after the refs said the game was OVER.  So that was not a memory we will treasure, but we had a fun time at the game … minus the rogue officials and terrible calls! 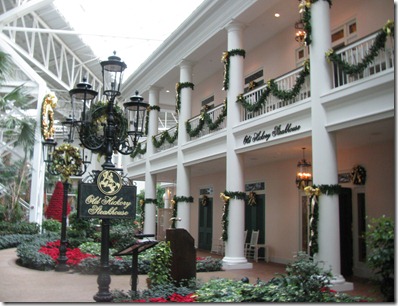 We walked around the Opryland Hotel that night and enjoyed our big night out! If you have a chance to visit Nashville this is a must see especially at Christmas! 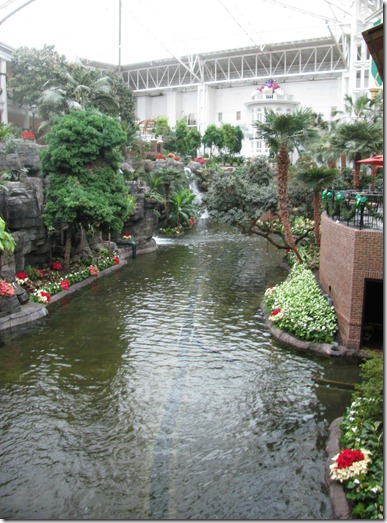 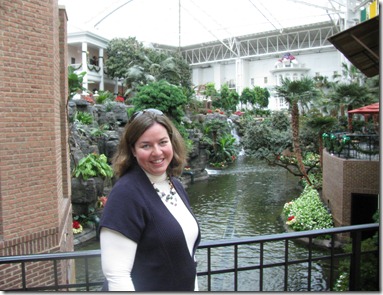 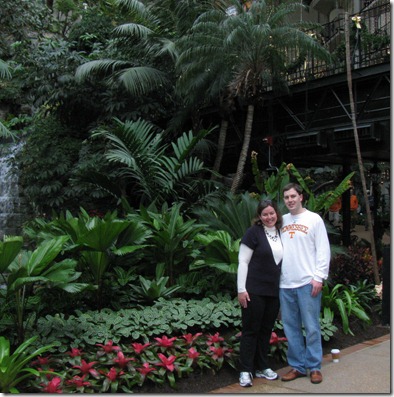 We met Rachel the next day at Fido, the cutest café in Hillsboro Village. It was so yummy and it was a great way to end our wonderful trip! Thanks Rachel for picking such a fun place to visit!

Kory and I are so thankful to have a nice night away and we were excited to see Kaitlin when we got home. We put her to bed that night and went on a wonderful date to Copper Cellar. We had an amazing dinner and watched the ball drop. What an awesome 2010 & we’re really excited to see what God has planned for us in 2011!