Kaitlin and Gigi made cookies while Kory and I went to the Music City Bowl. I wanted to document Kaitlin’s first cooking adventure. Gigi is an amazing cook so I hope she shared some secrets with Kaitlin! 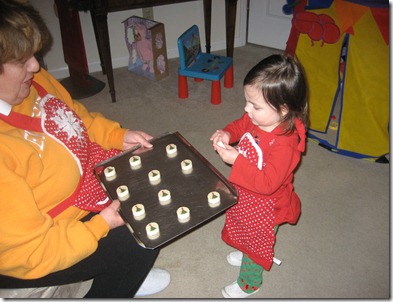 How cute are their matching aprons!!! 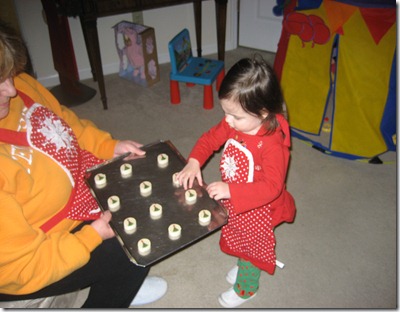 Kaitlin had so much fun with Gigi! 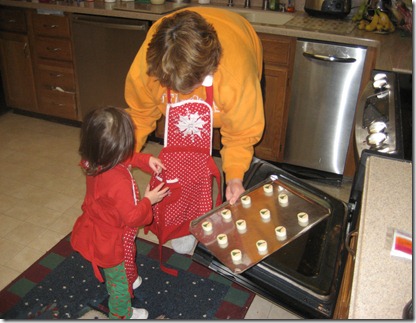 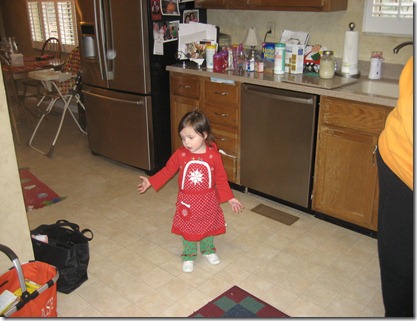 The best part of the story is that later in the day  the Kaitlin forced Gigi in the tent to play and then ran away. She managed to get the cookies off the counter and had a snack with Gigi in the tent! If only we had a hidden camera to see that moment over again! Looking forward to much more cooking with Gigi!